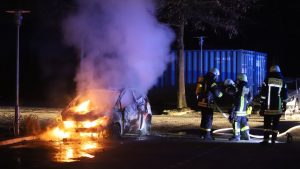 Companies like Spie, WISAG, Massak, Sodexo….. or, as in this case, Dussmann, keep state power alive through their pandering. It is a misconception to think that companies like Dussmann Service GmbH are neutral. They make the decision to profit from degrading and exploiting people. They consciously poison and destroy the bodies of inmates. Dussmann is a supplier company. It supplies „catering“ to detention centers and also to prisons. Every little contribution to this system is a contribution to a society which needs prisons and their order. It is also the supposedly small contributions to the system for which companies should be held accountable if we are to live in an anti-authoritarian world. Jails are full of people who have often been living on the margins of society. Prison is supposed to deter, to discipline people and thus to keep the alleged social peace. Prison punishes those who are poor, those who do not have a German passport, those who have addictions. Prisons do not solve problems, but are an integral part of this capitalist, racist and chauvinistic social logic.

„Prisons are hidden worlds in the middle of our society and at the same time an integral part of it“ (Homepage Dussmann).

A great mystical description of prisons and at the same time a clear message. Those who need prisons and such a society will feel our anger. There will be no social peace alongside prisons.

Solidarity greetings to those who fight against pacification and against this prison society.

Much strength for Rigaer 94 in Berlin!