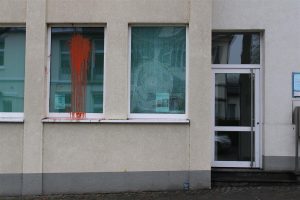 We placed an incendiary device under a patrol car parked in front of the police station in Essen Rellinghausen in the night of 17.01.21 to 18.01.21.

In the same night, the station in Essen Kettwig was attacked with stones and paint.

For years, the Essen police have attracted unpleasant attention with racist and violent incidents. Several people have been killed in the last few years. At least since the Nazi chat groups in the police headquarters in Muelheim an der Ruhr have become known, which belongs to Essen, we have been itching to pay them a visit. The recently published call, Subversive and Uncontrollable, has given us the necessary push.

In the slipstream of Corona, a nationwide wave of repression against various leftist structures has been going on since 2020, largely unnoticed by the broader public. We do not want to leave this unanswered and see our actions as a small contribution to the resistance against it.

A greeting goes also to the people in Brussels, who after a person died during a Corona control by the police attacked the responsible guard in the hundreds. 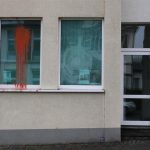 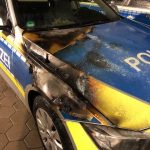