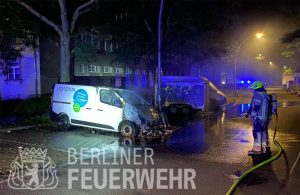 Even if the smoke after the Rigaer 94 walk-through has cleared a bit in the meantime, this does not mean that the struggles for affordable and decent housing in Berlin and elsewhere have ceased. Many other tenants fear every year anew for their apartment and thus for their center of life. The prospects of finding a halfway affordable apartment in this city tend toward zero for most people with average salaries.

That this fear also has deadly consequences is shown by the death of Peter Hollinger on May 31, 2021. After a three-year, unsuccessful court case against an eviction action due to personal needs, the 67-year-old musician and long-established Kreuzberger killed himself.
This is not the first death in connection with evictions. It is also worth remembering the death of Rosemarie F. , who died two days after her eviction in a Berlin homeless shelter.
In both cases it was clear in the run-up to the eviction which immense pressure and psychological stress the persons concerned had been exposed to and in both cases it was urgently advised against an eviction from a medical point of view. The fatal consequence was accepted in favor of a property issue.

When with the beginning of the 2020 pandemic the voices became louder that landlords should please react “accommodatingly” to possible corona-related payment difficulties and that evictions should please be suspended, we had no illusions about what was actually going to happen.
The eviction of the Mutiny, the Liebig 34 and the Syndicate, as well as the upcoming evictions of the bookstore Kisch&Co, the Köpi and the Potse speak a clear language. What is transfigured in the media as the struggle of autonomists against the city is in reality the logic of a real estate market whose victims are selected not according to political identity but according to economic usability.
The fact that housing has become a commodity and an object of speculation for listed asset managers leaves all those in permanent fear for their existence who are financially unable to pay the constantly rising rents.

That’s why we torched a Vonovia car last night on Einsteinufer in the Tiergarten district.

The pandemic has hardly hurt the housing business. Companies like Vonovia in particular continued to raise rents on a regular basis. The average rent of Vonovia apartments in 2021 is already 3.5 percent higher than a year ago.
We don’t care what lip service companies like Vonovia use to try to gloss over their profit-oriented and anti-human housing policies.
As long as private, listed and thus profit-oriented real estate companies, with a short line to politics, determine our housing and thus our lives, we will attack them.

All humans have own need at dwelling!
Against the city of the rich!
In memory of all who have lost their lives because of this anti-human profit logic!