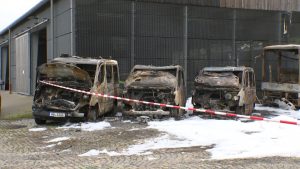 Our feeling screams for revenge. Revenge for Qosay Sadam Khalaf. But what retribution is appropriate for the murder of a young person? How many cop vehicles and guards must burn?
It cannot succeed.
We act anyway.

On the night of June 6, 2021, three months after the police murder of Qosay K., we set fire to the premises of the riot police in Bremen. A coach and three other vehicles of the cops burned to ashes and scrap. It hit the equipment of those pigs who are sent to the city to enforce repression. In so many moments we face the riot cops with hatred and powerlessness.

The sabotage is a dignified attack against the superior enemy.

The cops reap our hatred because they maintain the conditions. Every structure of inequality is defended by police violence. The racist practice of residence permits and deportations. The simultaneity of luxury housing and homelessness. The order of the economy according to competition and profit. The harsher the social contradictions, the more brutally they are protected by the cops. The police are the most loyal friend of the wealthy in a world characterized by poverty and exploitation.

The outcry from media and rulers was to be expected. The silence after the murders of Qosay K. and Mohamed Idrissi booms all the more clearly in the aftermath. When Mäurer rants in the media about an attack on “our” security, we wonder whose security can be meant? What kind of security is it if it is not clear whether people survive a drug check or an apartment inspection? No, this is not “our” security. This can only mean the security of the rulers.

Anger against the cops grows with every control, every harassment, every blow and every murder. From anger resistance can grow. May the stones hit their target and the fires light our nights.

Qosay Sadam Khalaf – that was murder!

From: End of the Road 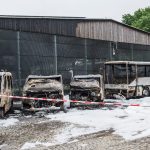 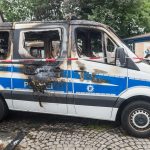