Browse: Home / 18 vehicles of the Federal Police & the Deutsche Bahn go up in smoke 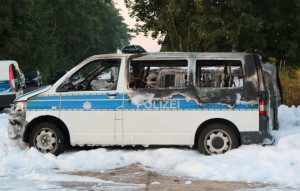 „Almost the entire fleet of federal police vehicles was destroyed by fire in Magdeburg.” (From an article in the regional press)

Wednesday to Thursday night, September 8, we set fire to the fleet of the federal police in Magdeburg.

Seven police vehicles parked at the Magdeburg central station went up in smoke, as well as eleven ‘Deutsche Bahn’ vehicles. The press writes that the damage is estimated at 750,000 euros.

Magdeburg police are now busy with the clearance works, searching for possible traces of samples by the forensics and blithering on the violence of the ultra-left. Thus, the final preparations for the big party are on hold. You said “party”?

Friday, September 9, under the slogan “Tatort Sternstraße 12. eine lange Nacht Partyarrest- auf dem Revier” [which could be translated as “A long night Festive Arrest at ‘Sternstraße 12’ crime scene – at the station”] the cops will practise new forms of public staging and recruitment attempts.

The police building voted the worst of all Germany by the police union became, in the space of a day, a cellar for partying before its renovation.

Estimations that there are high disease rates in the Magdeburg cops are related to the fact that the building is still infected with asbestos and mould. It is to be hoped that the guests will enjoy breathing the air of this rat hole! Concert, DJs, Lasershow, “where better could we come and talk with the youth than at a party?”

The Saxony-Anhalt Land has problems in recruiting new cops. Next year, they need to hire up to 700 instead of the current 350. The minister of the interior and the police union agree on the fact that there is a lack of “suitable candidates”.

While in other parts of the building “daily operations” continue, in others there’s a party. In a relaxed party atmosphere flyers for the possibility of training in the police are distributed. For children, there is a “Sherlock- Tour” for taking specimens of traces and clues. For the older ones, it’s GAV [volunteer cops]. That includes reconstructed scenes and explanations of what is necessary, “when the person refuses.”

The event is organized in close collaboration with the “Kulturanker” association, which is organizing the festive evening (voluntarily).

While all are calling for more cops, we have begun their disposal.

Instead of a “long neighbourhood night,” there was a foam party.

The festive evening of Sternstraße is just one reason among the many.

A cop is not a friend. Never.

Why the ‘Deutsche Bahn’?
We remember 2014, when the DB provided the Nazis with extra trains to take them directly from the central station to the ‘SKET’ industrial park.
We remember the propaganda hostile to unions against the railway workers’ strike last year.
We remember the ‘CASTOR’ transportation train when the DB made its railways available to the nuclear industry.
We remember the transport for the Bundeswehr [German army], from military post to armoured vehicles. 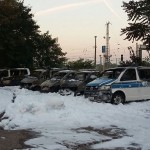 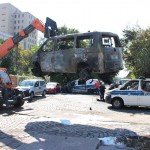 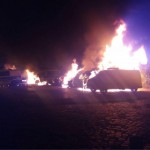