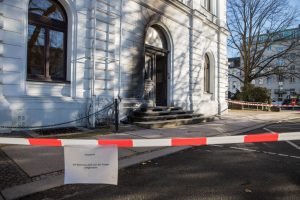 During the Corona pandemic, social egoism became more obvious than it had been for a long time. Despite empty hotels, the politicians in Hamburg’s parliament were not able to provide single rooms for homeless people. Instead, they repeated the traditional phrase about the free locations in the winter emergency programs. But the fact that these offer no privacy whatsoever and that people are exposed to the control of the authorities is no longer a secret. To make matters worse, in the event of a corona infection, people who do not have a permanent residence still have to be quarantined for two weeks. Two weeks locked up without delivery service and Netflix. Instead of finding a timely unbureaucratic solution, the decision makers just sit out the problem by discussing it until spring returns and now no one is talking about frostbitten people on Hamburg’s streets.

The reason why the decision makers do not act and let people die in sub-zero temperatures is this: If they would open hotels for homeless people during the pandemic and provide people with everything they need to live, after the pandemic people would always ask why they stopped? Or why they didn’t do it before? Politicians want the existence of a social fringe, because it serves as a warning to those who have „earned“ their place in the middle of society. If you don’t follow the rules, don’t do your work every day or step out of line, you will end up where „they“ are. It is handled similarly with refugees. The German state needs Libya, Turkey and Greece to do their dirty work. They want people to rot in camps as long as they spread the message that it is not worth coming to Europe and only barbed wire fences and shattered dreams await you here. The state tolerates people dying. Through the mantra-like, thousandfold repetition of people like Boris Pistorios, the Interior Minister of Lower Saxony, who after the deportation infrastructure in Braunschweig and Hannover was attacked once again, like many before him, made clear who is a terrorist: namely, those who want to prevent murder. Through the cooperation by authorities and press, the rulers determine the discourse on violence. And if it is nevertheless timed in such a way that in the eye of the public actually all conditions are present to protect humans from misery and death, smokescreens are thrown and reasons are pulled out of the air. An excuse will always be found by the rulers, which they present to the uncritical public, why in this or that case nothing can be improved. In this way, they can always save their humane face. The harder the German state makes itself up to show its liberal face, the louder those who have seen through it must shout and unmask it for what it is. What they all are: Murderers!

In the face of further mass deaths on the Mediterranean and 13 dead on Hamburg’s streets, we have to acknowledge that #leavenoonebehind and #openthehotels have done little except make us feel a little less bad about ourselves.

But where are our remedies against this state-ordered killing?

A start would be to completely bury our belief in the „benevolent state.“ A state can never realize our demands for a world of solidarity. That would mean its loss of power and control and thus its end. We must recognize more clearly that the organs of power wage war against the undesirables and outcasts. Accordingly, the survival of the people under the bridges cannot be a social worker’s role. The best defense against grievance and oppression is to radically turn away from the state – that is, to stop waiting to build a new world. Solidary structures in the neighborhoods, in the schools, the universities and the workplace. Neighbors become accomplices. Houses are occupied more massively and consistently. Criminal proceedings are carried by all. The spreading of anti-authoritarian ideas and empathic approaches. Constantly working on strategies to better ourselves and defend our ideas.

An attack like this, as long as it is not carried out on a mass scale, can only be symbolic on the path to a freer life. But still, we hope that the idea of targeting Hamburg authorities or representatives will spread. From the office for whatever, to the city cleaning vehicle.

We dedicate this fire to the 13 people who died on the streets of one of the richest cities.

For a better tomorrow. 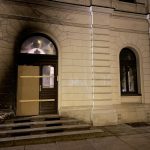