Browse: Home / Attack against the ‘Messe Hamburg’, venue for the OSCE and G20 summits

Attack against the ‘Messe Hamburg’, venue for the OSCE and G20 summits 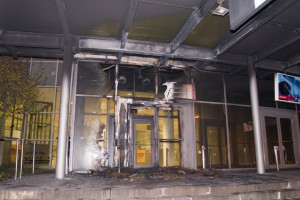 Today at 23:00 we placed burning tires at the south entrance of the venue for the OSCE and G20 summits, the ‘Messe Hamburg’. The glass facade on Karolinenstraße was subject to intensive attack with hammers, paint and stones. We decided on this demolition initiative since we reject the summits which are summits for a world that we reject just as much as the planned meetings.

The summits are a symbol of the never-ending cycle of production and consumption for this commodity society which excludes people from social life and includes others. We want to destroy this cycle as well as the summits.

The exhibition halls are practically in the living room of the Schanzen and Karolinen district as the state chairperson of the Greens, Gallina stated and for a long time have been a wrecking ball over the heads of the residents. In the 1950s and 60s the city of Hamburg bought up large areas and many buildings in the Karolinen district and issued a competition which was a premise for the total destruction of the Karos for an expansion of the venue for the ‘Justice Forum’. Along the Feldstraße the construction of a gigantic sports and multi-purpose hall was planned for a long time. When the Hamburg senate gradually moved away from demolition plans in the 1970s, Messe AG tried to continue the demolition and finally the ‘Messe Hamburg’ got new spaces and halls on the edge of the Karolinen district. The new building was flanked by hotel buildings in the Schanzen Park, Schröderstiftstraße and Feldstraße.

In the 1980s, 90s and 2000s the area was 1/4 occupied by residents (for example the LaMa houses) and there were battles around the Bambule construction site. The Hamburg government created a city renewal company to modernize the stock of dilapidated buildings as a way to manage and pacify the creeping path of gentrification. The result was a trendy shopping zone for Hamburg tourists. After the expiry of rental rate commitments many poor residents had to move away because the rent was too expensive for them.

The items on sale and the exhibition events held at the ‘Messe Hamburg’ were not intended for the local residents: Hanseboot and Hansegold – sporting goods for the rich and those who aspire to be, trade fairs for the aircraft and shipping industries such as the Aircraft Interiors Expo and the world’s largest shipbuilding trade fair SSM where armaments companies like Lürssen exhibit their wares.

In the shadow of the Hamburg Olympics bid, a few strategists from Berlin and Hansestadt organized the meetings of the OSCE and the G20 to boost the popularity of Hamburg. Foreign Minister and soon to be Federal President Steinmeier recommended Hamburg for the summits claiming that the port city is a gateway to the world that symbolizes openness and tolerance for culture.

We associate Hamburg with police torture scandals, racial profiling, war ships in the port, the flaunting of dazzling wealth by Hamburg multimillionaires, monstrous investments in ‘lighthouse projects’ such as the Elphilharmonie, the deportation jail at the airport and the closed home that locks away teenagers.

The realization of political summits may seem at times as banal and normal however the ensuing militarization and the testing of emergency measures is not something that simply disappears. These are components of a sophisticated repression and control that is developed continuously.

The planning and preparations in connection with the summits are progressing. Cells are being prepared in the remand prison and in the prisons of Hahnöfersand and Billwerder. The police have been given a new armored car called ‘Survivor’, new assault rifles and shields and 15 million euros for foreign cops. The German Police Union begins to prepare the way for their colleagues, helicopters circle the city, the federal police are exploring the terrain. We are also in the starting blocks. The rebels of subversion will leave clear signs and traces of destruction.

***This is a call for action: Against the ruling order of the world, organize the revolutionary struggle until every border falls. We will not limit our struggle to the days of the summits. That is why we are calling internationally for borderless moments of decentralized resistance in April 2017 to establish links between the diverse struggles to consolidate our attacks.*** 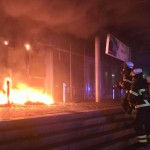 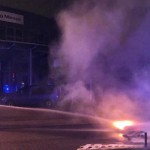 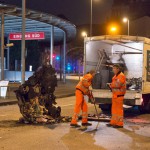 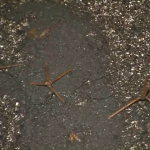 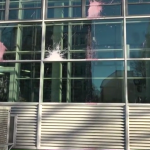 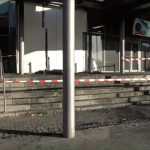