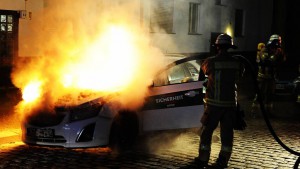 And once again autonomous cells struck. This night we carried out a sabotage in Berlin, in complicity with all the fighters of our worldwide conspiracy. With fire we transformed two cars belonging to the company ‘Sicherheit Nord’ completely worthless for the watchdogs of the system. With this attack we promise our attention and support to those persecuted and incarcerated by the pigs.

Strength to the prisoners of the Revolutionary Struggle (Epanastatikos Agonas), who are locked up in maximum security prisons.

The dogs that are hunting us down will be hunted by us at any time. Furthermore, we enjoyed the attempted prison escape by the Conspiracy of Cells of Fire, as well as the assassination of the chief executioner of Domokos type C prison. 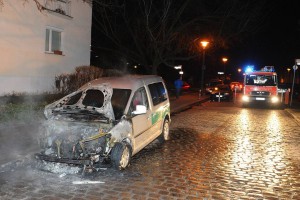 We encourage all those who are able, to make attacks against the prison system on a daily basis.

Also the prison laborers who bake donuts for the Olympics propaganda, and thus further dig their own grave, could instead poison a few sports fans of the Berlin Senate with arsenic.

… for a society without coercion and prisons!
For Anarchy!